Call Me Malcolm are a five piece ska/punk band from Kent, UK, blending hard punk, a crunchy ska sound and three part harmonies. Described by Vinnie Fiorello (Less Than Jake) as “a saving grace of the genre”, the band were originally inspired by the US third wave leaders of the late 90s. Since then, Call Me Malcolm has evolved a harder, sharper edge, creating a unique sound which is eliciting plaudits from around the world.

April 2018, Malcolm released I Was Broken When You Got Here, an album telling the story of the band’s struggles with mental health, to critical acclaim. Recorded with Oz Craggs at Hidden Track Studios (Mallory Knox, Feed The Rhino, Riskee and the Ridicule), the release showcased the band’s layered, intricate songwriting. Ska Punk Daily voted this record no.8 in their “Top 10 Ska Punk Albums of the Decade.”

Following last year’s success at Punk Rock Holiday, a capacity after show party at Boomtown Fair and the main stage at Rebellion Festival Blackpool
they embarked on a UK tour with US legends The Slackers

May 2020 sees the release of their new album Me, Myself and Something Else, a record looking more outwardly at the struggle we face with mental health in the outside world. Call Me Malcolm are sponsored by Blackstar Amps, work with Wiretap Records (US) and are represented by Hidden Talent Booking. 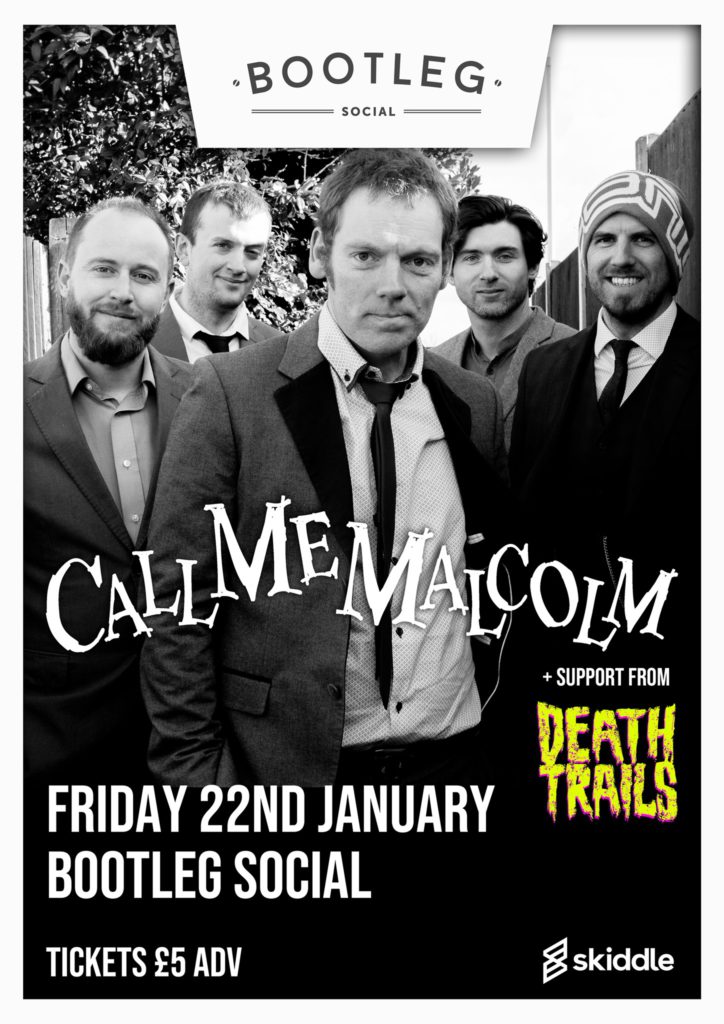