Since forming in 2014 in Oxfordshire Cassels have played Glastonbury, 2000 Trees and possibly more dates in Europe than the UK. Over the years they have developed a sound characterised by a maelstrom of erratic instrumentation and punk-inflected vocals. For Cassels, music is about authenticity. Together they embody the spirit of punk, even if their sound stretches the boundaries of any genre. It seems that the world will be hearing a whole lot more from this precociously talented pair. Cassels predicts to make a big splash in the future.

…a cathartic, adrenal shock to the system’ – NME

‘It’s not my sort of thing usually, but I liked it, there’s something there’ – Jason Williamson – Sleaford Mods

‘Great band name, perfect song title and a top tune. Energy, power, passion, commitment and a heartfelt plea for tolerance, Loving this song the more I hear it – a tune for our times.’ – Tom Robinson BBC Radio 6 Music

To buy tickets for this event please visit our events page: Cassels Blackpool tickets from Skiddle. 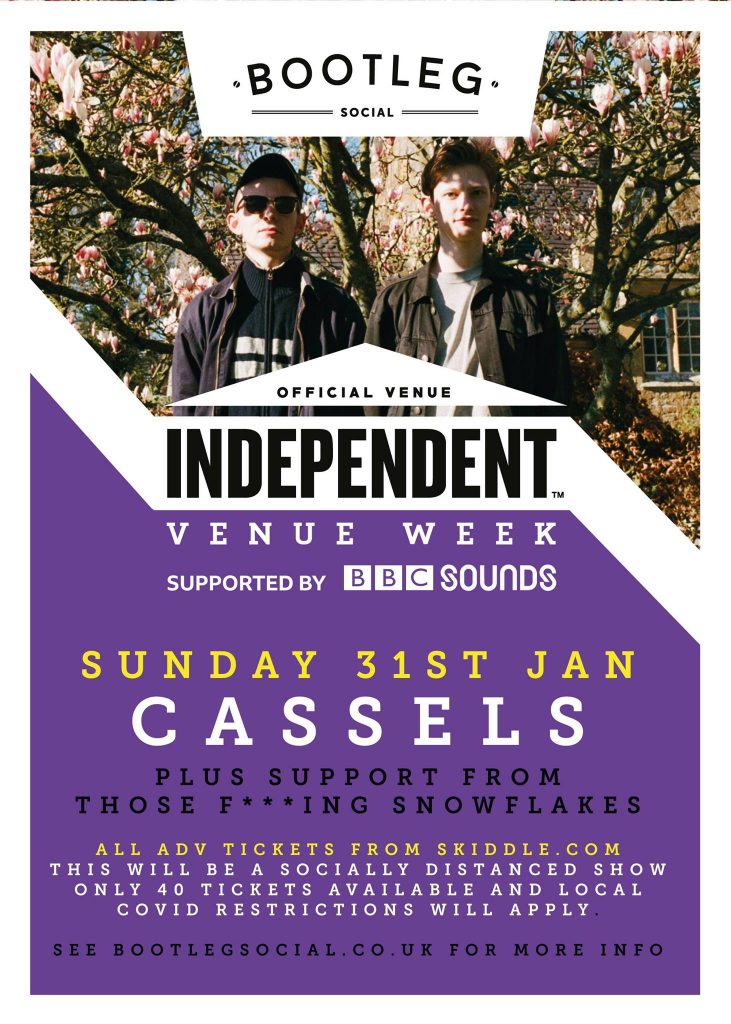