Cut Glass Kings are a Fuzzed out Blues/Rock and Roll duo from Stourbridge. Their early, raw homemade recordings soon drew them in to the orbit of Skeleton Key Records, where they released a debut EP at the end of 2017. Latest single ‘Shadow of Your Love’ has racked up over 3,350,000 streams on Spotify. Recent live highlights include tour slots with the likes of The Coral and The Twang. Their debut album dropped at the end of 2019.

The Heavy North (Liverpool)
Five piece blues/garage rock band. Since a sold-out headline show at Jimmys Liverpool in September 2019, The Heavy North have gone on to support Temples, Saint Agnes & Cut Glass Kings on UK tour dates and released four singles. Most notably “As Long as You’re Here with Me” which is amazing…

To buy tickets for this event please visit our events page: Cut Glass Kings & The Heavy North at Bootleg Social tickets from Skiddle. 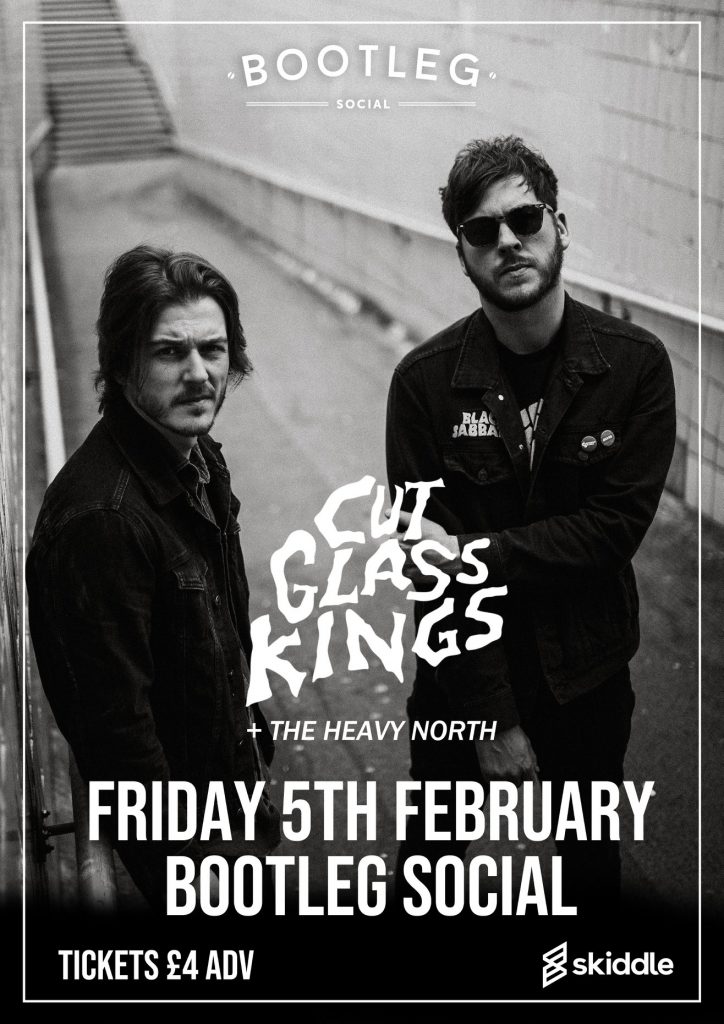