Declan Welsh & The Decadent West
Growing up in suburban East Kilbride and now based in Glasgow, Declan Welsh is a poet and songwriter that has managed to cement his individuality by putting humanity at the core of his comments about today’s current affairs. Along with his band The Decadent West, Welsh is here to use his music as a catalyst for hope and for change.

Joined by Duncan McBride (Guitar), Ben Corlett (Bass) and Murray Noble (Drums), the band are known for their strong socialist views and performed in Palestine in 2016 as well as Billy Bragg’scurated Leftfield Stage at Glastonbury. Releasing the All My Dreams Are Dull EP back in 2018, they built a strong following in the Scottish indie scene thanks to their anthems about toxic masculinity, rent increases, the rise of right-wing fascists and battling the intolerance that surrounds us. Now, debut album Cheaply Bought, Expensively Sold sees the four-piece build upon this raucous political fury, enforcing the idea that in today’s environment, we’re unable to ignore the atrocities forging our existential dread.

To buy tickets for this event please visit our events page: Declan Welsh & The Decadent West Blackpool tickets from Skiddle. 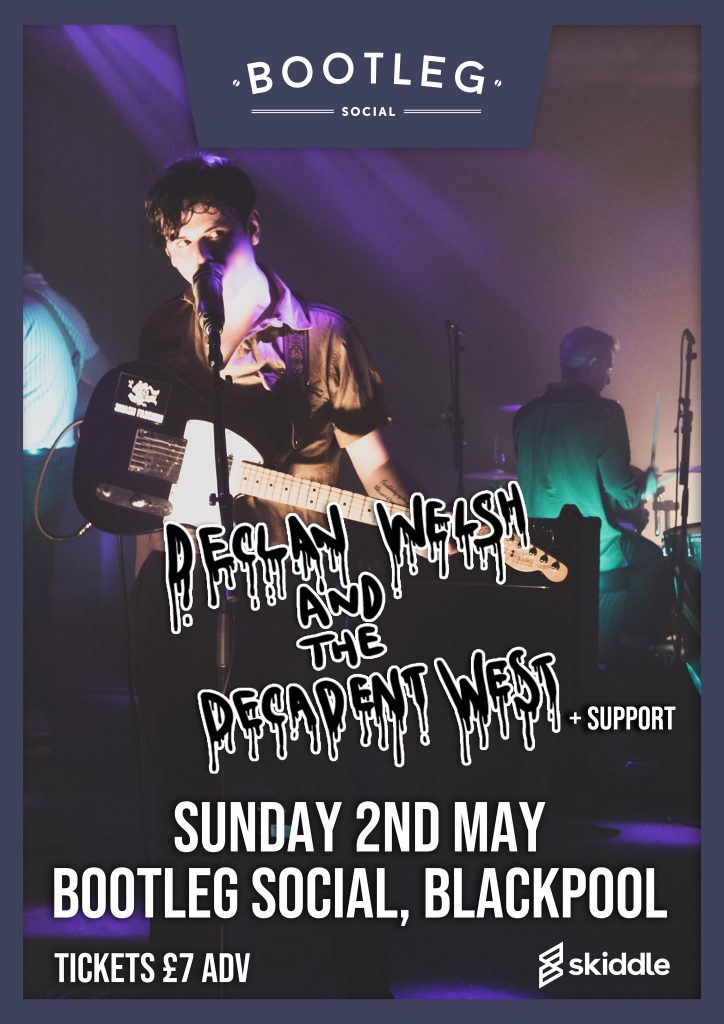