Dirty Laces made an instant impact on the Manchester music scene with their proto-punk inspired energy and own interpretation of 60’s & 70’s popular music with a fresh, contemporary edge. The band have sold out shows within their hometown Manchester on multiple occasions most notably at the 450 cap Gorilla as well as touring the UK, shaking intimate venues with their hypnotic rhythms and ferocious live power.

Scuttlers are a rock and roll quartet coming out of Manchester. With comparisons to the Strokes and Buzzcocks, they’ve recently had their first national radio play, with upcoming single Leaders of a Lost Generation getting a spin on John Kennedy’s X-posure (Radio X). After a sell out blockbuster at Manchester’s famous Deaf Institute and Friday night set that tore Kendal Calling apart, they’re venturing out of Manchester and taking their modern take on guitar music

The Cavs were recommended to us by a friend and it became instantly obvious they had something. 5 piece alternative rock band from Manchester. Could have a big 2021.

To buy tickets for this event please visit our events page: Dirty Laces, Scuttlers & The Cavs at Bootleg Social tickets from Skiddle. 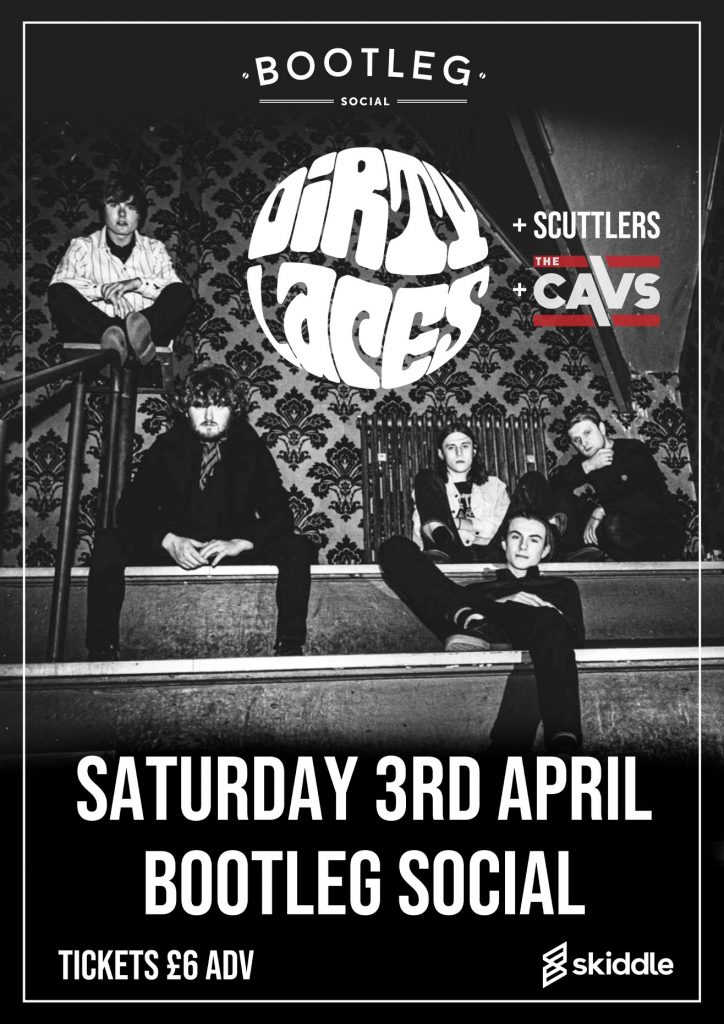