Document
Evoking the noir, paranoid imagery captured within the spirit of early post-punk, Document’s violent stage performance is a vessel for observational, character driven lyricism. After a year of gigging within the Manchester venue circuit, the band are quickly establishing themselves as a key part of the city’s modern punk revival.

With their debut EP released March 2020 produced at Leeds’ The Nave, visited by artists such as Heavy Lungs, Working Men’s Club and Eagulls, Document are preparing for an exciting year of impactful, heavy music.”

This gig will go-ahead under social distancing rules, more information on Skiddle.

To buy tickets for this event please visit our events page: Document Blackpool tickets from Skiddle. 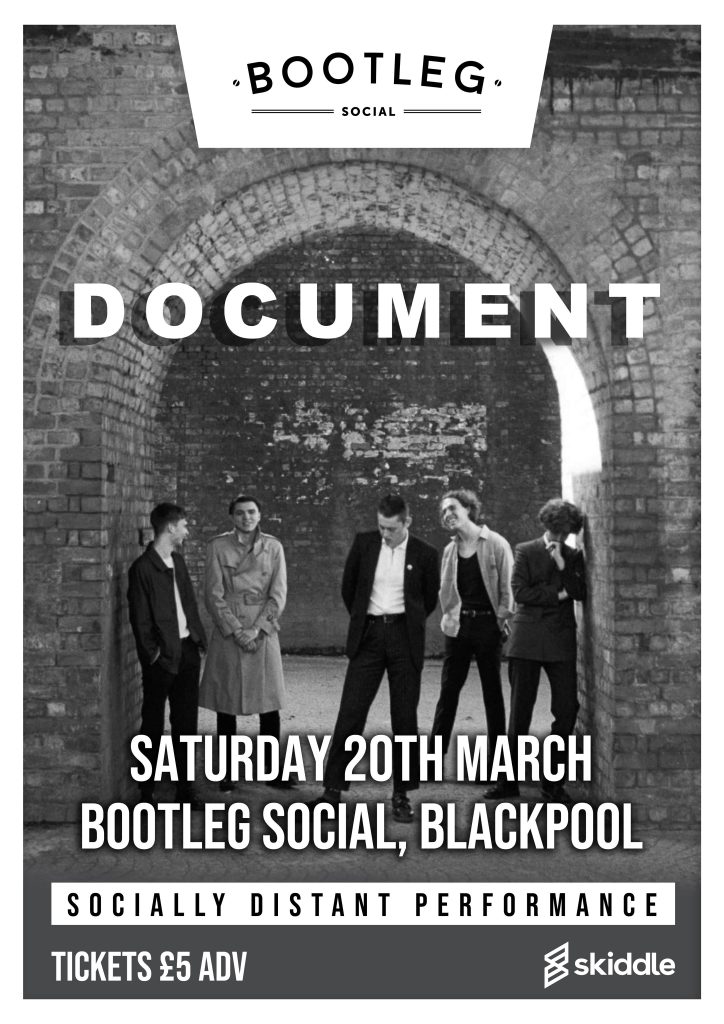