Greg Wilson
The first person to mix and scratch records live on UK TV, he forged an incredible early career with nights at Manchester’s Legend and the iconic Hacienda.

Unsure what to expect? It will be a hybrid sound of the best elements of soul, funk, disco, party hip-hop, classic dance and electro-funk edits put together seamlessly with lots of familiar sounds to surprise and entertain.

Greg played 4 sets at last years Glastonbury and this is a rare opportunity to see a DJ of this calibre in such an intimate setting and we’re really lucky to have secured him. If you’re unfamiliar with the mans work listen to the mixes below.
His Essential Mix for Radio 1. Voted in the Top 10 of all time and for good reason
Listen to Greg Wilson’s Essential Mix

As well as being a world class, globe trotting DJ, Greg also somehow finds the time to produce and re-edit to similar acclaim and success as his record spinning career.

Rick Napier
Support from Friends Hoedown main man Rick Napier, responsible for bringing unreal talent to the town for the past 20 years, most recently in the form of Glitterbox’s mighty Melon Bomb! Visit his page: Friends Hoedown on Facebook

“Where It’s At” aims to fuse a hybrid sound of disco/soul/funk/jazzy re-edits, boogie, electro, hip-hop, italo, Balearic, new wave, house, techno, beats n breaks and everything in between.

To buy tickets for this event please visit our events page: Bank Holiday with Greg Wilson & guests tickets from Skiddle. 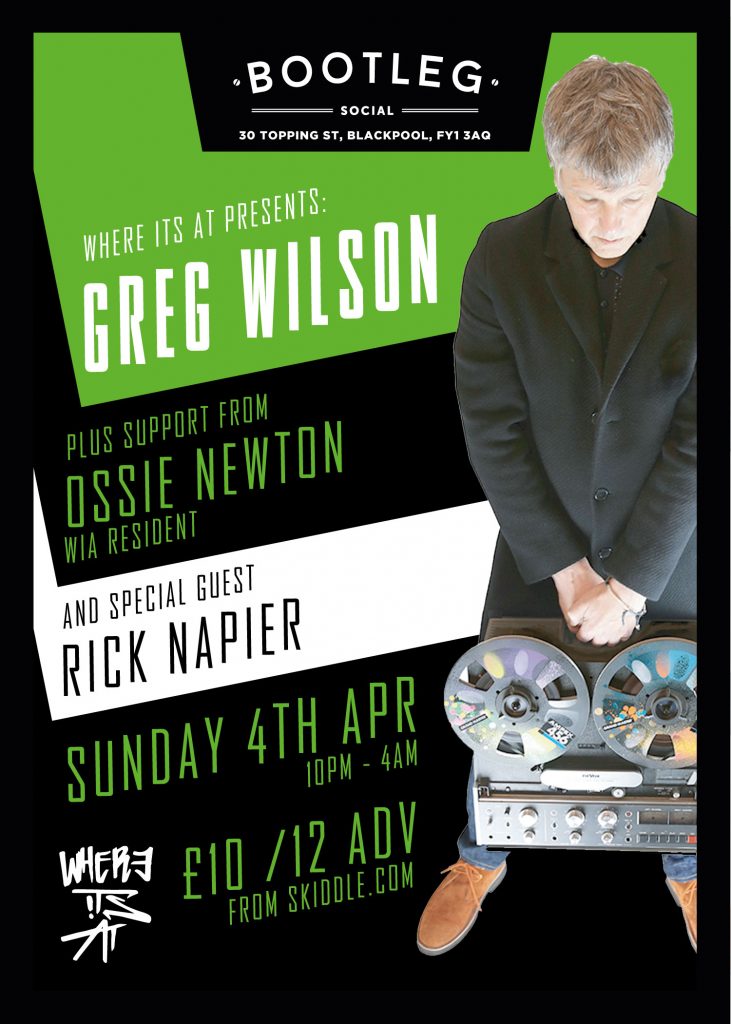