Hallan are a Portsmouth-based four piece who write and rehearse in an 18th-century fortification built into the side of a hill and surrounded by a forest. It’s within these dramatic surroundings that frontman, Conor Clements channels the frustrations, insecurities and events of early adulthood into his lyrics. Which are littered with observational poetry and messages of reassurance that you’re not alone in this overwhelming world. With the band drawing influences from the people they cross every day – in the supermarket aisles, on your Facebook feed, next door neighbours. Hallan observe and commentate on British life via an Orwell-influenced bleak vision of the future and the cut-up style of Burroughs and other beat generationers.

With a heavy influence from the classic post-punk sounds of Joy Division and The Fall. ‘Modern England’ is a hard-hitting social commentary on England today. From the housing crisis and plummeting employment rates to Brexit and uninspiring modern indie music, that Connor wrote over the top of an instrumental demo.

He says of the track: “It’s the characters in our town, the conversations they have and what we see on our television sets. We want to reflect what’s going on in the here. We don’t want to make a one-sided political message or talk for a generation. The song is exactly what it sounds like. A condensed England if you will. With so many strange and vapid trends gripping the nation. Sometimes you have to take it all in and find some humour beneath the surface. Pugs and face changing apps. What’s that all about? And how could we forget Brexit? It’s a good job we all have our red passports. But then again does anyone in the country have a clue what’s ever going on? Maybe it’ll all blow over if I stick to my microwave dinner and keep my eyes on the screen.”

Hallan have already started to build an army of local fans. Their last headline show sold out so quickly in advance that the support acts weren’t allowed any guests and having supported the likes of Porridge Radio and Sports Team, the future looks bright for the seaside town’s exciting, young act. 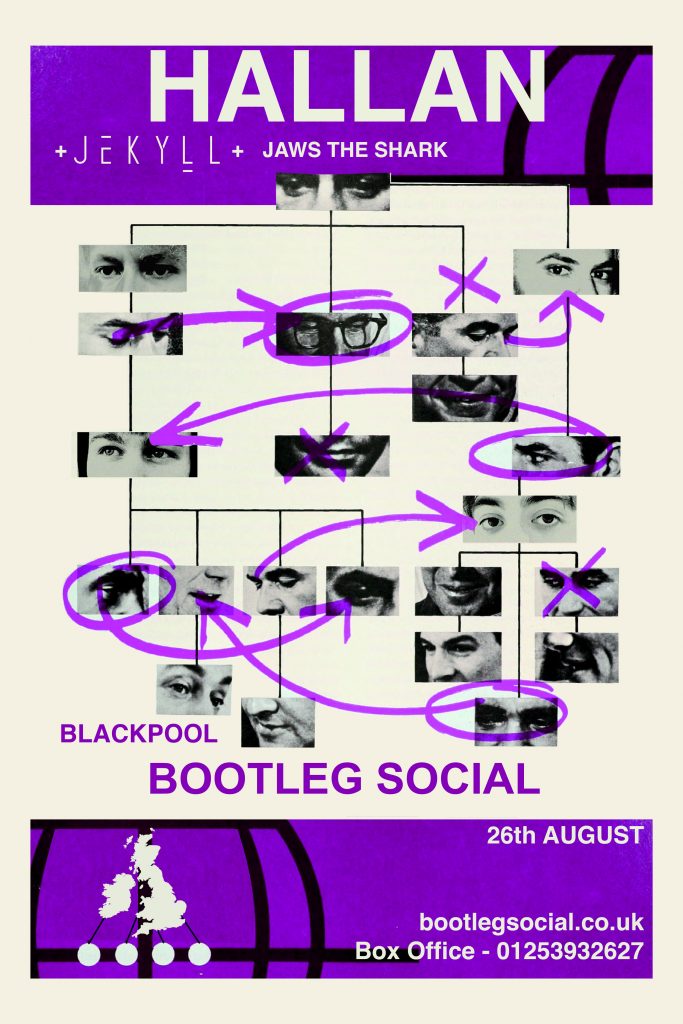