Established in late 2014, Ist Ist have forged a formidable reputation on the back of uncompromising, intense headline shows at prestigious Manchester venues such as The Ritz, Gorilla and The Deaf Institute. Through word of mouth, they have grown organically in size without label or management support to the point where they are outselling established touring bands.

Accompanying these live shows, the band have released five singles and in April 2018, their debut EP Spinning Rooms along with acclaim from independent publications, won admirers from across the world and received regular airplay from Steve Lamacq on BBC Radio 6. The ensuing tour in support of the EP included dates that took the band back to London and on their first venture abroad to play in Berlin.

Regularly condemned as too ‘out there’ to be successful; through sheer determination, hard work and a bulging catalogue of songs, Ist Ist continue to silence the doubters and move from strength to strength. Displaying an arrogance akin to the greatest Manchester bands, Ist Ist are constructing their own mould rather than attempting to fit into one. It’s time to listen.

JEKYLL (Blackpool)
With recent festival appearances at The Great Escape, Liverpool Sound City, Tramlines Festival, Threshold Festival and Rebellion Festival, Jekyll have proved that they have the confidence and the appeal to win over any audience. This, coupled with support slots for artists such as Vukovi, October Drift, 485C, Demob Happy, Glass Caves, and numerous sold-out shows in Manchester, is evidence that Jekyll’s momentum is fierce and their immediate future is looking very bright.
‘Operatic, anthemic rock’ – Louder Than War 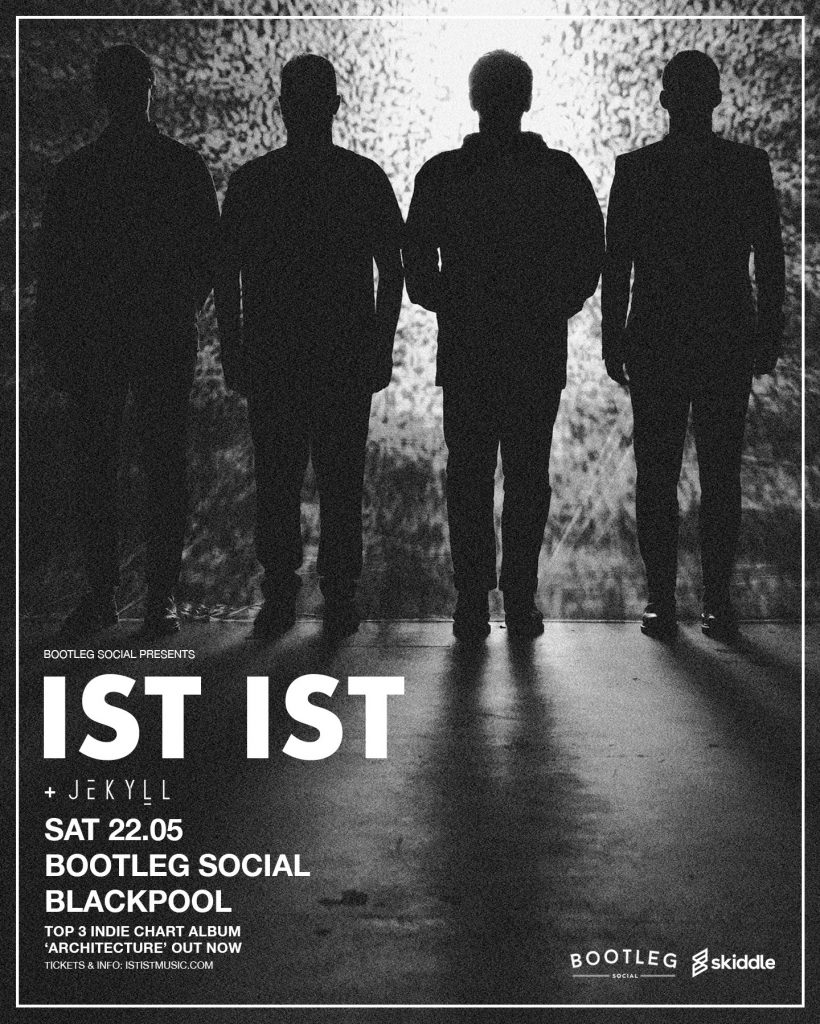