Taking the mundane spirit of their name as a manifesto, Crystal Palace based two piece JOHN (both members aptly named John) offer a deadpan approach that has become the recognisable trait of their live performance, with an almost mechanical solidity rare for only two bodies. Alongside the tight rhythmic synchronisation of guitar and drums, introspective lyrics suggest that literature and spoken word are just as important influences as the Punk, Noise and Rock genres they might comfortably fit into.

2017 saw the release of debut LP ‘God Speed In The National Limit’, which offered a full throttle introduction to the cryptically name duo, Loud & Quiet Magazine remarking that ‘in this post-truth world where alternative facts get squeezed out via the distorted prism of social media, the simplicity of a band like JOHN makes for a refreshing tonic’

Following tours with bands such as IDLES and Metz, and a memorable live session with influential Seattle-based station KEXP, JOHN released their second LP ‘Out Here on the Fringes’ in 2019. The three released singles became stalwarts of the BBC 6Music station, with live versions recorded and broadcasted from the historic Maida Vale Studios. The Album was also selected as part of Rough Trade’s Top 100 of 2019 and made a mark in the Top 40 of the UK Vinyl Charts.

To buy tickets for this event please visit our events page: JOHN at Bootleg Social, Blackpool tickets from Skiddle. 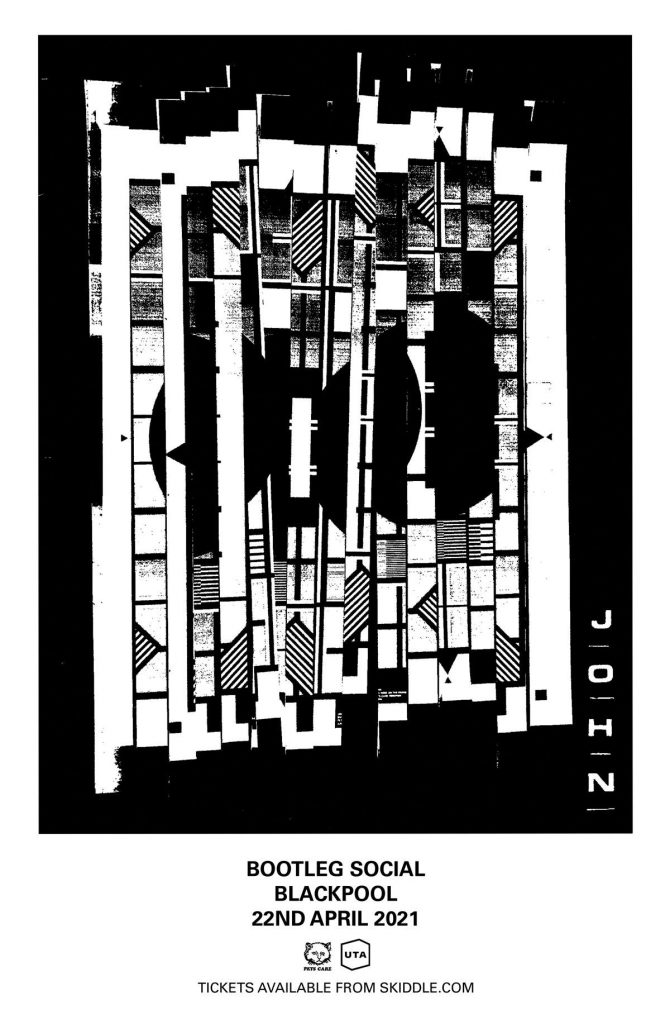