2018 saw Kashmere embellish their sound further, with the addition of deep electro single “Codeine’ , the band had turned the page on their early Indie Rock roots. Kashmere went on to release shimmering synth driven ‘Tokyo” before jet setting off to play a unique tour in Japan’s cultural neighbour, China.

The band stunned with modulating-future disco effort ‘Anaesthesia’ Kashmere’s 6th single to welcome massive appraisal from Spotify playlists such as The Indie List, Hot New Bands, All New All Now and New Music Friday UK. Kashmere signed 2019 off with the release of debut EP “Lucid” which has combined over 750,000 steams.

During Covid-19 lockdown, Kashmere weren’t to let the dark period of isolation harm their creative ascension, releasing “Flatten the Curve” EP in May 2020. The EP is a concept experimental sound, whilst honing in everything we know about Kashmere’s almost effortless sense of writing catchy hooks.

The band have sold out famous venues such as Deaf Institute and in April 2021 will be playing Manchester’s famous Gorilla so this is might the last chance of catching them in a small venue.

To buy tickets for this event please visit our events page: Kashmere Blackpool tickets from Skiddle. 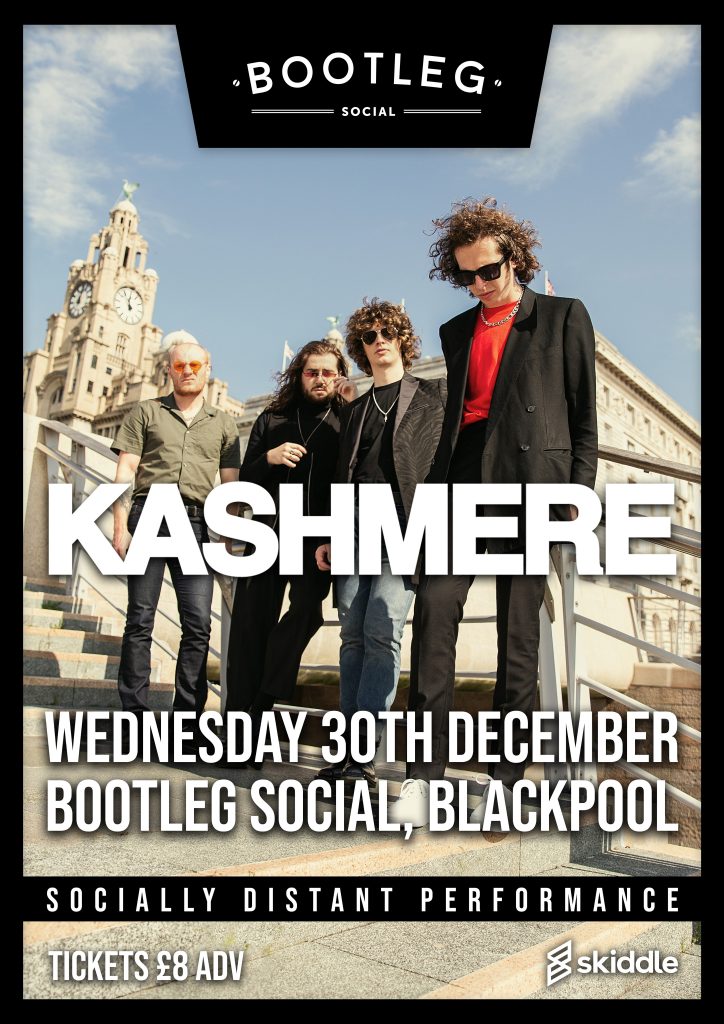