Formed from the fruits of a solid foundation built over years of touring and writing, October Drift have cemented their place as an important new presence, with their heavy, pop-inflected rock delivering a rejuvenating injection of fresh blood to the genre.

One of the most electrifying, charismatic and formidable live acts of the past two years – with appearances at festivals including Glastonbury’s John Peel stage, Reading & Leeds and The Great Escape, as well as a major European tour with Editors in 2018 and a slot at Liverpool’s Sound City.

‘A truly impressive first effort designed to rupture yet also mend broken hearts’ 4/5 – Kerrang
‘Bold and brash, tender and understated, and perhaps most importantly vital, a true contender for album of the year’ – Clash
‘Stupidly, ridiculously brilliant’ – Louder Than War
‘Selling out some of the best small venues in Britain thanks to a flourishing reputation for live shows’ – The Independent

To buy tickets for this event please visit our events page: October Drift at Bootleg Social tickets from Skiddle. 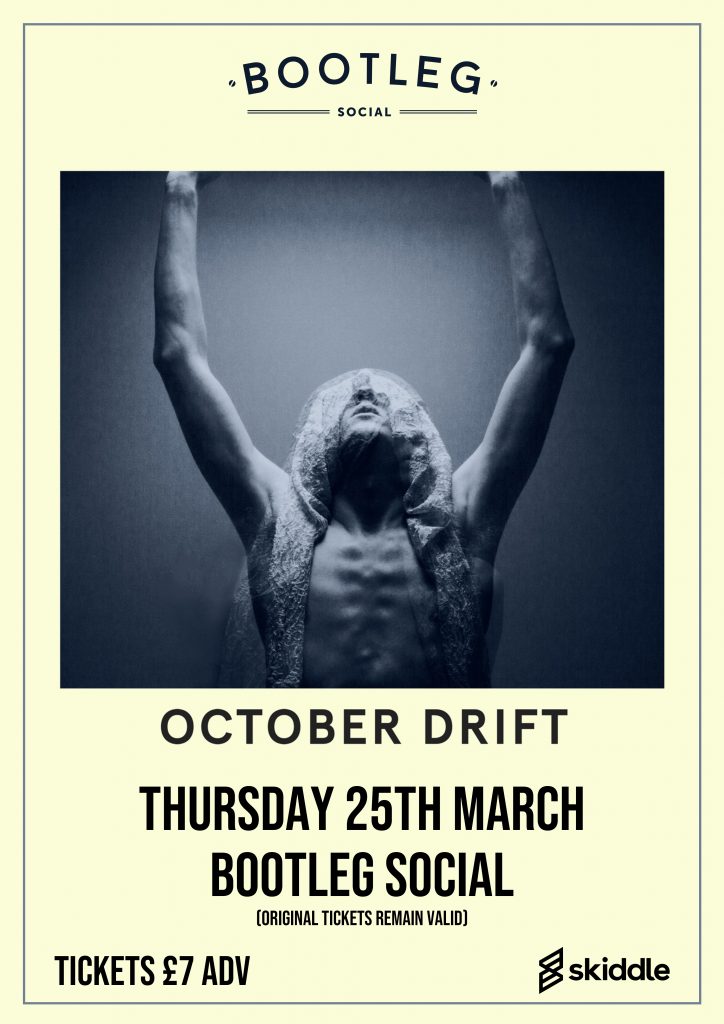